Belinda was born in Wellington, NZ, and lived outside Auckland in the town of Whenuapai, until she was a year old, when her father's military career took the family to Thailand for five years. After a brief return to NZ, the family moved to New Haven, CT, while her father completed his Masters and Doctorate degrees at Yale. Upon graduation, the family moved to Santa Barbara, CA, where her father taught at UC Santa Barbara. When the opportunity came for him to build and run Prescott College in Prescott, AZ, Belinda's fate to become a horseman was sealed. Growing up in AZ, her riding interests evolved from all forms of Western riding, to Three Day Eventing. Only after getting her parents' permission to further her equine education at the Talland School of Equitation in England, did she find out that she was still too young to attend. Undaunted, she moved to CA, to ride Hunters at Foxfield for a year. In 1972, she left for England to study with Molly Sivewright at the Talland School. It was during her time at Talland that she shifted her focus to dressage.

When she returned to Prescott in 1973, she ran her own stable, featuring every size, shape, and breed of horse. When given the opportunity to work with Karl Mikolka in MA, she pulled up stakes and headed east. Karl was the first of her dressage mentors, but hardly the last. Belinda also spent considerable time training with George Theodorescu, and Herbert Rehbein. Her nearly one and a half year stay in Germany at the Theodorescu's Gestüt Lindenhof was followed by her first selection for the USA's Olympic Dressage Team in 1984, with Alegria.

In 1982, after the purchase of Inspo from previous owner and founder Dave Johns, Belinda shifted from Inspo's focus on Hanoverians, and began a long association, that continues to this day with Dutch horses. Her first KWPN horse was Christopher (Cadmus x Farn), who eventually took her to the Seoul Olympics in 1988. Christopher was followed closely by Unanimous (v. Rigoletto), who ended up in the capable hands of Steiner Dressage and eventually took Betsy to to the 1990 WEG. Since that time, Belinda has made several trips to Gladstone to compete for various Championships, and spots on USET Teams. Some of the well known horses that Belinda imported and trained to FEI level include: Alegria, Winslow, Christopher, Zodiac, Disney, Candyboy, Calimero, Cidor, Sorcerer, Kirby, Sir Sinclair, and the great Friesian stallion Goffert 369.

In 2010, Belinda made the difficult decision to retire from competition, but she is enjoying more time training and coaching.

While some of the horses were raised at the ranch, the vast majority were bought at auctions all over Wyoming, Idaho and Montana, as the need for more horses increased with the expansion of the business. In 1981, Bill started running the Bear Creek Camp, after Paul bought two more camps in the Teton Wilderness. He might still be running it if not for a perfectly innocent trip to PA in 1990. Those who know him, knew that it would take someone very special to drag him out of the hills. Enter Belinda; and the rest is history. He finally loaded up his truck, told his dog Maynard to load up, and headed east.

Now that Inspo has moved the farm from PA to sunny FL, things have changed a bit, but the need to travel to Europe to find horses for our clients has not. Thanks to a great team here at Inspo, Bill and Belinda have been able to continue this very important part of the business with out a hitch.

2012 brought another change to Bill’s career, when he got his Real Estate License. For your next horse, or your next farm, Inspo is now one stop shopping.

Bill was born in SE Michigan, and raised in the town of Clarkston. In 1972, he fulfilled a lifetime dream to go to Jackson Wy, and in 1975 he decided to make the move permanent (so he thought). In 1976 Bill went to work for Paul Gilroy and Mary Hutz at Dog Creek Ranch, and started guiding hunters that fall. A big part of life at Dog Creek involved building the herd of horses needed to run the rapidly expanding Hunting and Packing business. The horses needed to be very versatile. Some would be expected to ride, pack and drive, and except for the ones that the hands at the ranch rode, be bombproof enough for any guest. That is where his start with warmbloods began. Wyoming Warmbloods, that is...

How does one describe Jeanne? For what she means to Inspo, she deserves her own page, but that's for another day. Jeanne was born in Northern England, on a cold and damp night. As if there's any other kind up there. But I digress. When she was young, she ran off with Gypsies and found herself rubbing horses for swarthy people who spoke a language even weirder than her own. A chance meeting with a Horse Shouter brought an opportunity to come to America and settle in the quaint hills surrounding Catasauqua, PA. It was there that she fell in love with her first husband, 76'ers star Darrel Dawkins. In the locker room one night after a Sixers loss, Jeanne got into it with the owner, Fitz Dixon, and threatened to bite him. Well, that was that, and she had to leave her idyllic life on the Planet Lovetron, and seek employment. Two days later, at a vodka tasting on South St., fate took a hand and she met Belinda. Thirty three odd years later (some of them very odd), she is still here, rubbing horses, threatening to bite people, and dreaming of the day she will return to the placid hills of Catasauqua, this time married to a Yeungling heir. She also happens to be the best damn groom in this, or any other, dressage barn.

**On July 2nd, 2016, Jeanne lost her battle to colon cancer. We have not been able to bring ourselves to remove her from this page, as she will forever be a part of our lives. Please check the "Archives" page for further details.

When we bought the farm in Ocala, we needed to restock it with several things like tractors, mowers, hoses...you know, the usual suspects. The one thing that we did not have worry about however, was who we were going to get to help us keep this beautiful property up as it had been by the previous owners.

That’s because the one responsible for said beautifulness, asked if he could stay on. Floridian and horseman born and raised, Darren has been a Godsend to us as we make this transition to full time life in Marion County.

Some of you loyal readers have followed the saga of Ozzy, the world’s most photographed dog. Ozzy was such a hit, Belinda went back to the same breeder in MO, Tuscarora Kennels, and came home with “my” new dog, Sheila. Trouble was, however, on the road trip home “my” dog became as hopelessly devoted to Belinda as Ozzy is. Let’s just say that her devotion to me is a work in progress. She has become the perfect second dog and companion for Ozzy, and is great around the barn. As you can see, this sister and brother from another mother turned out to be best of friends.

Natives of Guatemala, the Dominguez family was introduced to us in 2012 by FEI judge, Natalie Lamping. Shortly afterward, they purchased a KWPN mare, Beijing (UB40 x Jetset-D) we found in Holland, and the rest is history. Beijing remained in training with us, and late in 2013, Alex made the commitment to relocate to Ocala, so she could pursue her training goals, and education. She was on the Honor Roll at the College of Central Florida for two years, and now attends the University of Florida. In 2015, Alex represented her country at the Pan American Games with Beijing. She is also riding our sales horses, and is a member of our family! 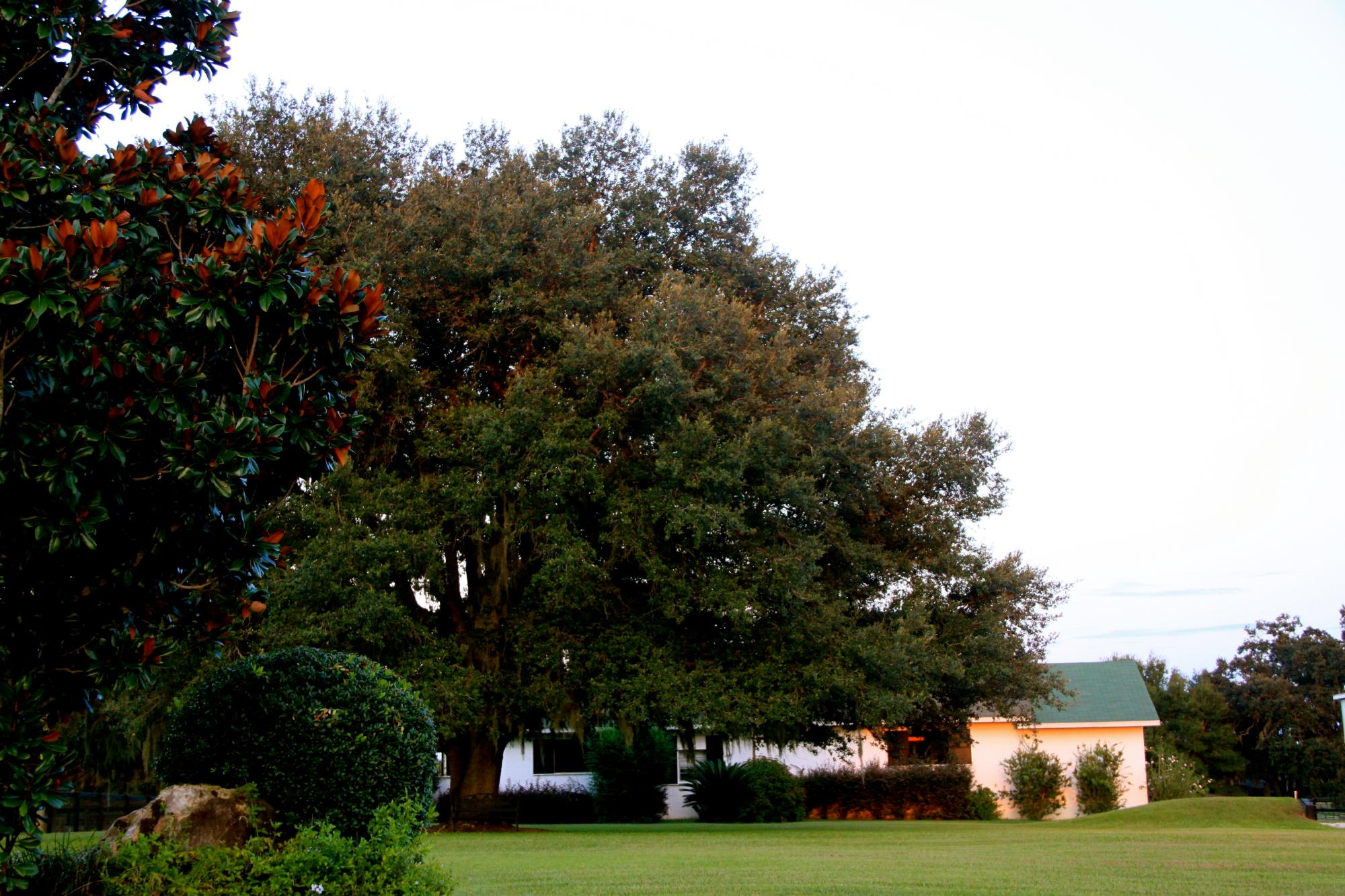 In 2010 we made a permanent move to NW Marion County, and have never looked back. We have 20 acres, a perfect facility for small scale breeding, endless grass for raising youngsters, and our neighbors are horses. 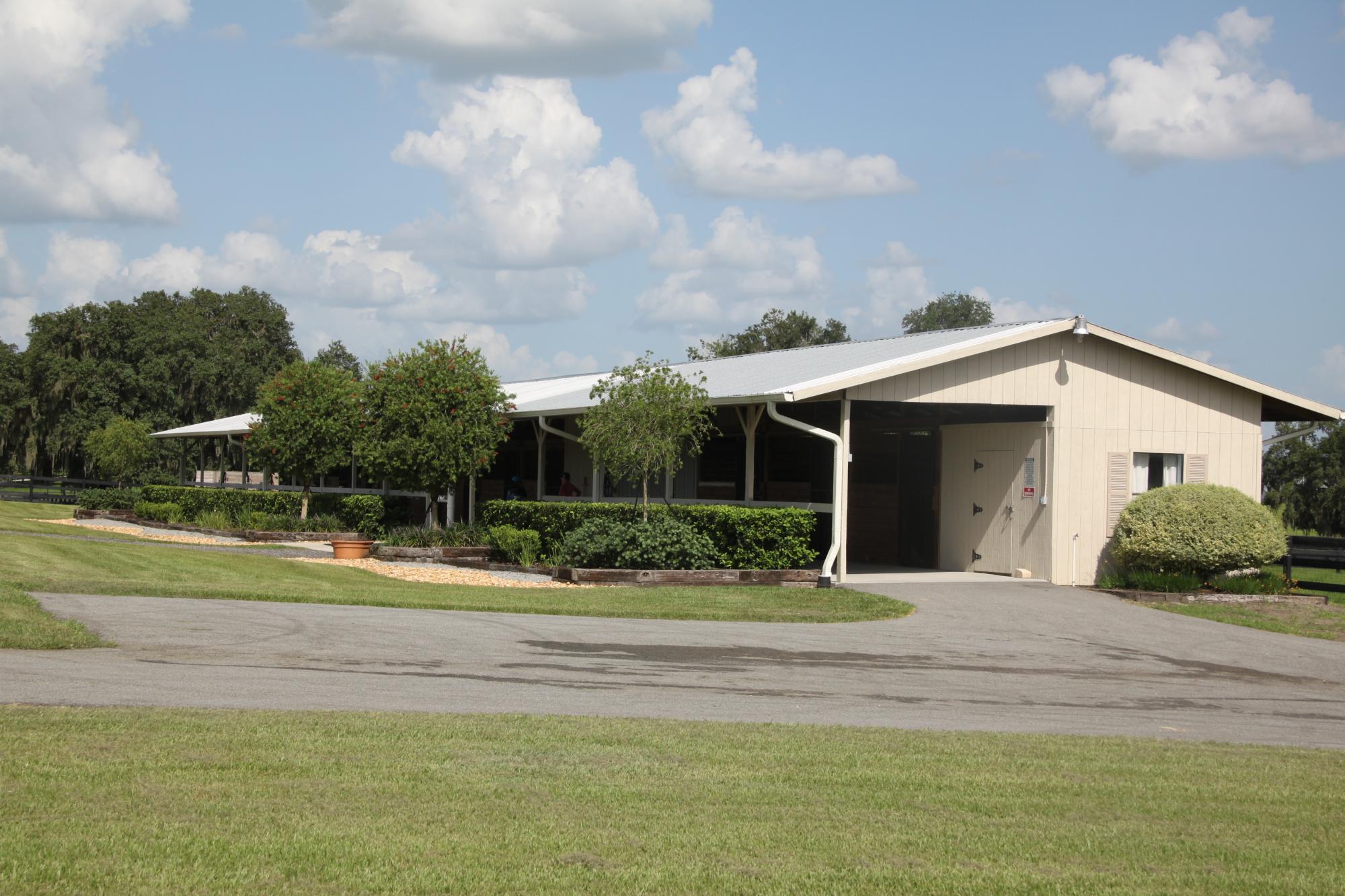 We are thrilled to operate our training center out of Peter and Diane Halpin's beautiful farm in Ocala. With state of the art footing, eleven stalls, a beautiful round pen, and eight grassy paddocks, we could not be in a more ideal location. Happy horses and happy riders!