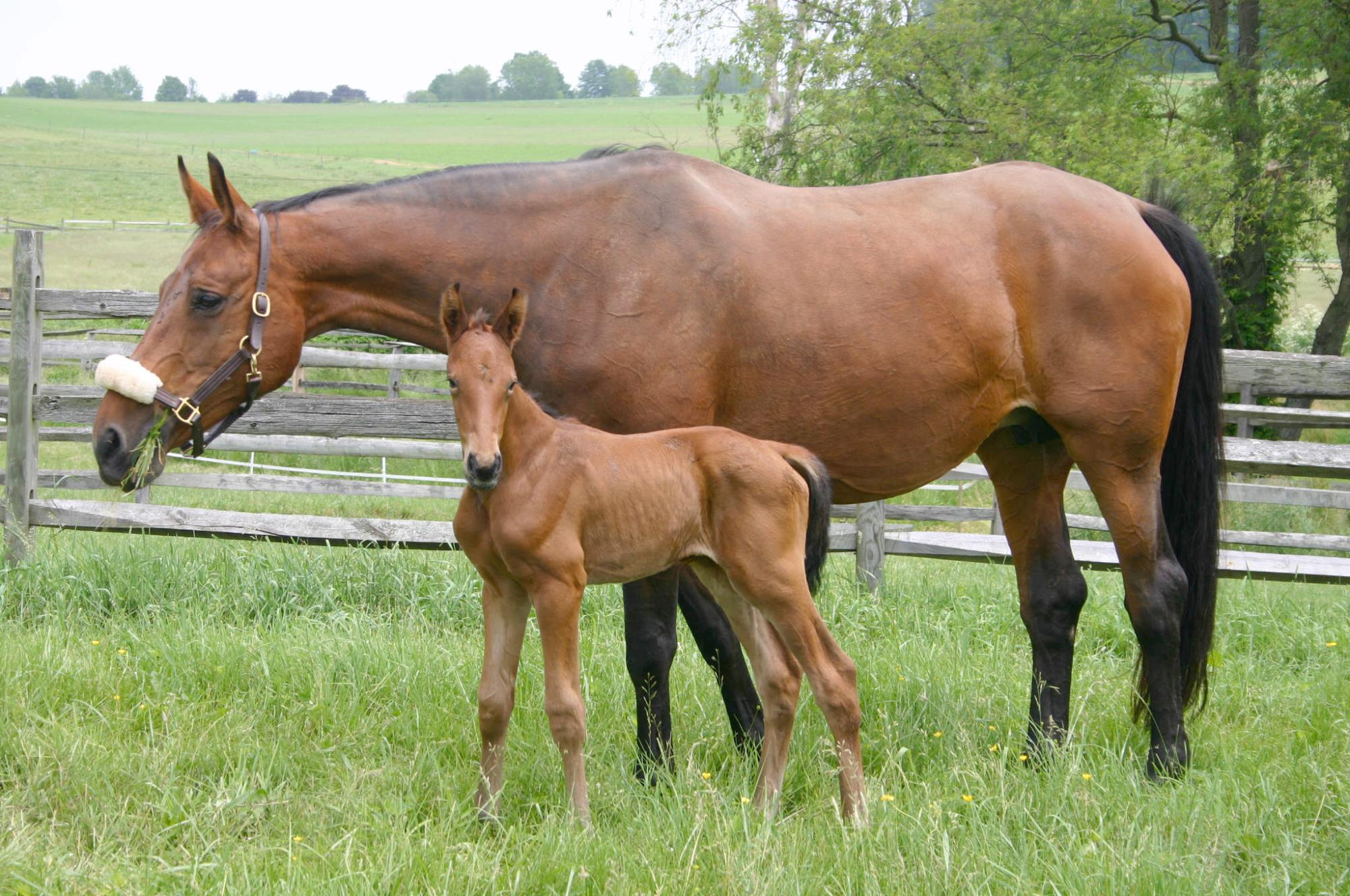 KRISHNA - 1992 KWPN Prestatie mare (Flemmingh x Le Mexico x Amor). There are almost no words to describe this incredible mare. Krishna has had 16 foals, all of whom have been extremely successful in sport and/or breeding. She produced the KWPN Keur stallion, Sir Sinclair, and her influence continues to be stamped through his progeny. She is without question the kindest horse on this planet, and we are forever grateful to former owner, Monica Drohm, for giving us the privilege of owning such a special mare.

Please enjoy looking through the galleries to see a few of the progeny from our mares. 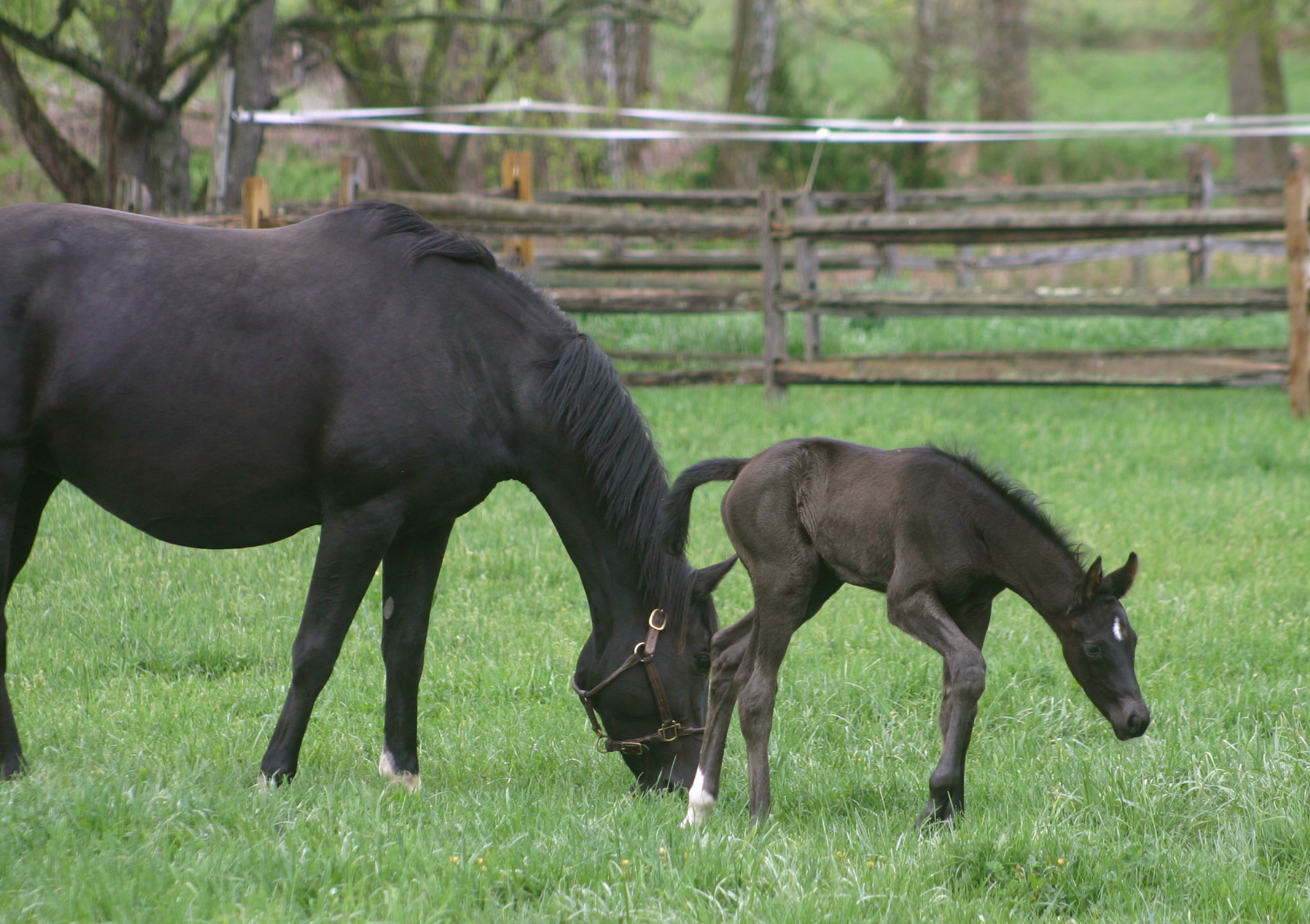 ULRIEKE ROSE - 2001 KWPN mare (Freestyle x Equador x Normand). We imported Rosie in 2006 as a top competitive sales prospect, but a trailer injury forced her to retire as a broodmare. She has not disappointed us! She has produced 5 foals, and is in foal to Sir Sinclair for 2016. Her foals all have incredible temperaments, and her elasticity and athleticism. 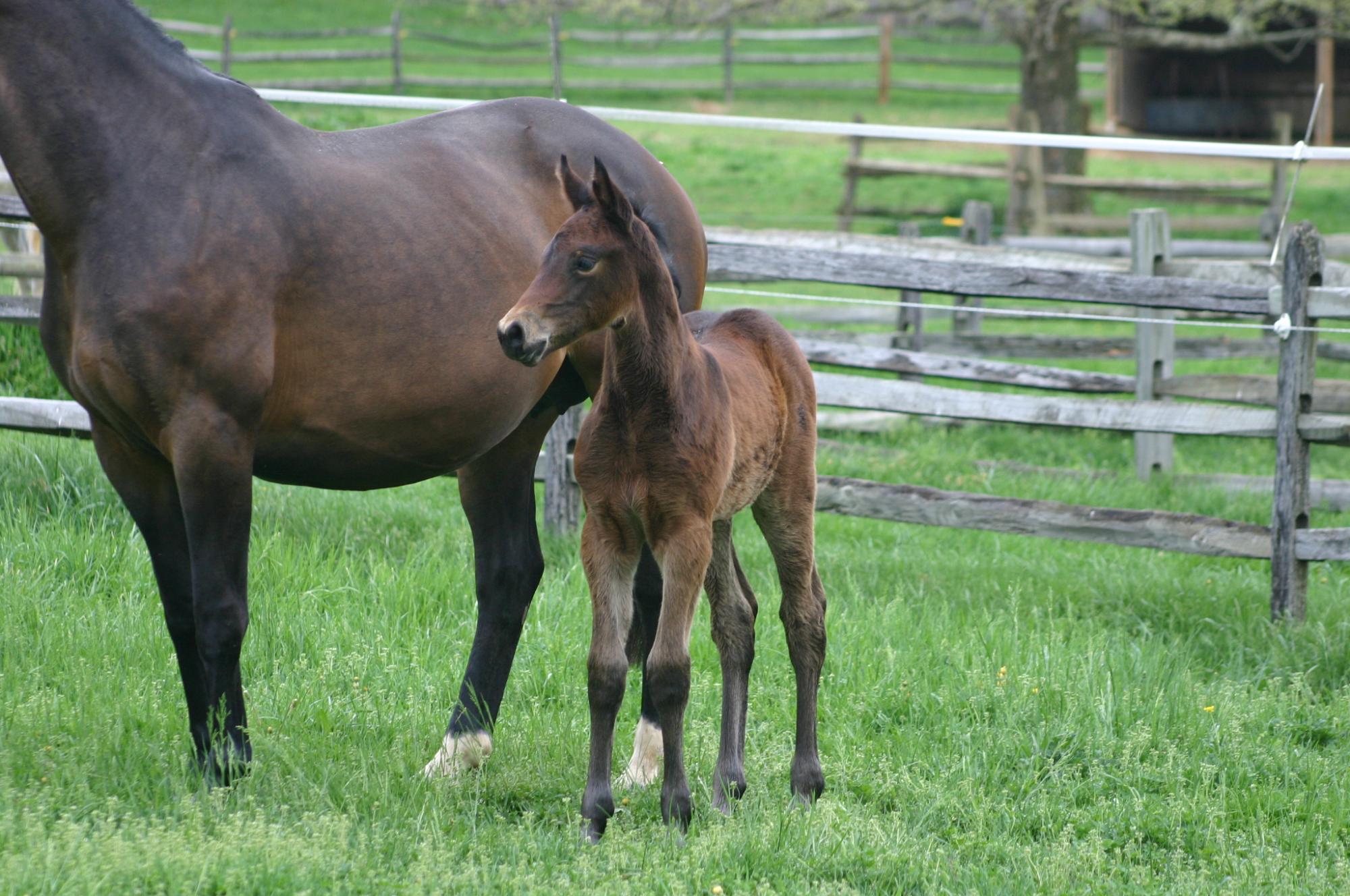 PRICELESS - 1997 KWPN mare (Idocus x Wanroij). In 2006 we purchased a 2 yr. old filly by Sir Sinclair from breeder Nancy Murray, of Elkton, MD. Two years later Nancy called saying the filly's dam was back in foal to Sir Sinclair, and was for sale. Priceless entered our lives. We often joke that you can see her from space, as she's a big strong girl! She has since produced 4 beautiful foals for us... all athletic, powerful, and delightfully easy to work with.

It is with a very heavy heart, that we said good-bye to our tremendous KWPN broodmare, Vienna (Paddox x Donau x Unicum).

Vienna produced seven amazing foals for us. The first three were by Sir Sinclair, followed by two UB40's, and two Charmeur's. All seven exhibit her amazing hind leg, strong back, ability to collect, and many of her amusing and yet sensible mannerisms.

In 2014, Vienna tore her pre-pubic tendon over 60 days prior to foaling. Without going in to detail, her own prognosis was very poor, and we unfortunately had to focus on trying to save her foal. She spent the last month prior to foaling in the very capable hands of Peterson & Smith, and they had given us a basic outline of the two possibilities to save the foal. There was not a plan C, but Vienna made that adjustment on her own, and not only produced a beautiful Charmeur filly (Jenuka), but saw no reason not to stand up and take care of her on her own. They were labeled a "miracle" by many!

Vienna went on to nurture and educate Jenuka, and then began her life of retirement with us. Unfortunately, a few days ago, it appeared the pre-pubic tendon was tearing further, and her fate was sealed.

We are so thankful to have had Vienna in our lives, and hope her legacy will continue through our two daughters from her, Fienna (v. Sir Sinclair), and Jenuka (v. Charmeur). Godspeed Vienna, and may you be surrounded by foals to nurture and love, and spend every moment pain free.

We just received word that our KWPN mare, Krishna (Flemmingh x Le Mexico x Amor), has been honored with the Prestatie predicate from the KWPN! This predicate is based solely on the success of her offspring. Sir Sinclair (Lord Sinclair) KWPN Keur stallion owned by Iron Spring Farm, Union Jack (Fidermark) owned/ridden by Chantal Lock, Count Sinclair (Lord Sinclair) owned by Sally Gries and ridden by Kate Poulin, and De Nada (Johnson) owned and ridden by Gwen Poulin, earned her the honors!
This incredible mare has produced 16 foals, earned her ster, sport, and preferent status prior to becoming prestatie, and her legacy will continue on through her incredible children.
Beyond any title or foal, Krishna is the kindest horse on this planet, and at 24, she will live out her days with us in Ocala. We are forever grateful to Monica Drohm for allowing Krishna to become part of our lives.

On February 16th we welcomed Mochi to the family! Mochi (Sir Sinclair x Freestyle x Equador) is an absolutely stunning, long-legged, big filly... not to mention the friendliest most trusting little girl! We are beyond thrilled with her!!